* Products recommended in the post contain affiliate links. If you purchase something through our posts, we may receive a commission at no extra charge to you. See our full disclosures here. 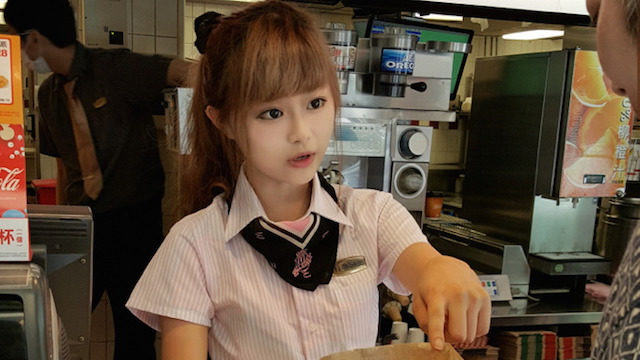 We’ve all done it.  We go back to McDonald’s because there’s someone good looking at the counter. Maybe, in extreme cases, you learn their shifts.

Then there’s these creepers in Taiwan.

A cashier at the McDonald’s in the Da’an neighborhood of Taipei City has been drawing a crowd based on her looks.  A blogger named RainDog spotted her and urged readers to not only send more photos of her, but to go visit her. Wei Han Xu is her actual name, though most in Taiwan have come to call her McDonald’s Goddess.

The least creepy descriptions of WeiWei have ranged from “doll-like” to “Lolita.” Judge for yourself: 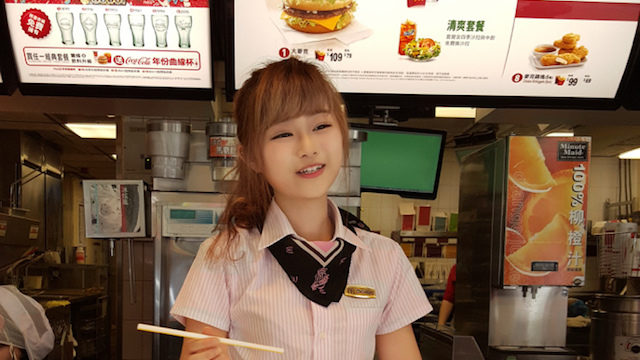 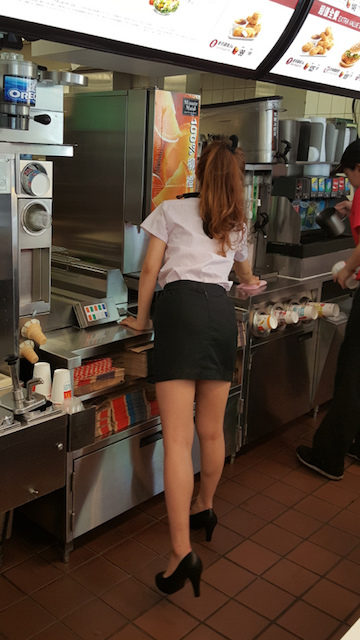 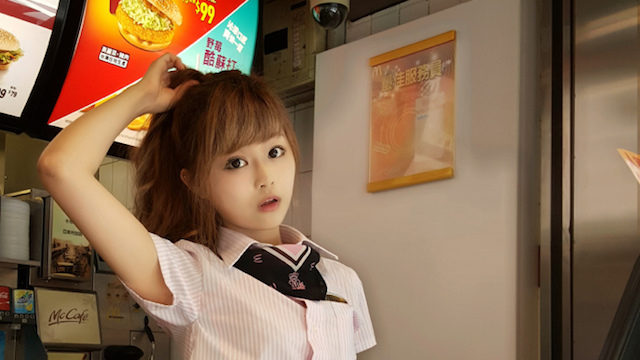 Apparently her McDonald’s is busier than ever, as her fans keep showing up.  She’s still working there, however her manager has become pretty annoyed with the whole thing.  Seems like people just show up to snap a photo of her and leave without buying anything. It’s even worse when she’s not working and disappointed fans simply walk out.

WeiWei is pretty cool about it, if her Instagram feed is to be believed. And no… we have no idea if she’s actually 18 or not. We’re assuming not.  Probably. Who knows with the Internet.

RELATED: Vintage McDonald’s Photos That Will Make You Nostalgic