* Products recommended in the post contain affiliate links. If you purchase something through our posts, we may receive a commission at no extra charge to you. See our full disclosures here.

There’s a reason there’s a maternity store called Pickles & Ice Cream! No man can ever understand the unusual cravings that come with being pregnant. We would never eat these things unless pregnant. Don’t expect us to explain it either, just go and get it.

Let’s start off with a really weird one. If you’re pregnant, and have had secret cravings for dirt, you’re not alone. You’re not even close to being alone. Thousands of women admit to craving soil to eat while they were pregnant. Most famously, Britney Spears said when she was preggers she wanted a side of dirt with her fried chicken… she never did it of course.

There is nothing more refreshing than biting into a raw onion, right? Well for many pregnant women, that’s actually true.

Tuna seems to be one of the biggest thing women want later in their pregnancies. While tuna is not necessarily a ‘weird’ craving, it’s often a desire of pregnant women to mix it with odd choices. Some women have admitted eating it with bananas, yogurt, and on a peanut butter and jelly sandwich. Ew.

Yup, let’s throw another weirdo in here. This is a very popular craving amongst pregnant women, and even among women who never smoked beforehand. There’s really not a whole lot of explanation here, but it is one of the most common cravings.

Pickles is just like the tuna craving. By itself, it seems like a totally normal thing. However women want to mix pickles with everything when they’re pregnant. Some examples are with ice cream, watermelon, and even stranger… dipping Oreos into pickle juice. Yup.

Some of the crazy things women have topped their mashed potatoes with are ketchup, mayonnaise, and of course… pickle juice.

Oh the anchovy. Such a hated little fish. Not for pregnant women! Some have reported craving them so badly they would eat them right out of the can while food shopping! Ewww!

A strange thing that a lot of women notice is the craving for things they used to love as a child. Some of these items they haven’t eaten in over 20 years, but the desire for them is real! Food like Froot Loops cereal, marshmallow fluff, and chocolate creme eggs are some of the foods women have reported loving at these two different periods in their life. 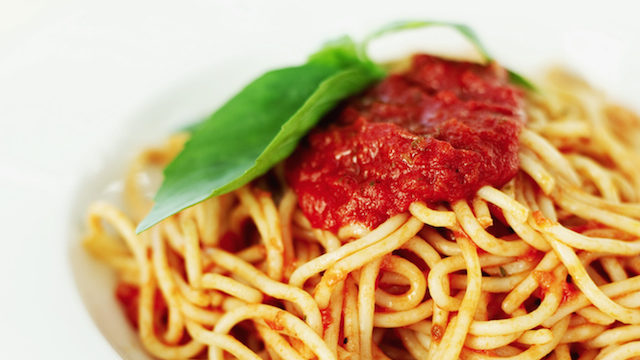 Marinara would be too normal right? Here are some of the things women have dumped on top of their pregnant spaghetti: mayonnaise, ketchup, turkey gravy, and marshmallow fluff. Yummy!

One of the funniest pregnancy cravings I came across was dipping goldfish crackers into strawberry ice cream. I mean come on, gross.

I can’t explain this one, but it’s true. Some pregnant women have even admitted to licking the walls in their home. The body is a truly perplexing thing!

As you can tell, non-food items are a very popular trend in pregnancy cravings, and charcoal is no exception. Not only do some women want to smell them, they want to eat it. It seems to be one of the hardest cravings to kick.

This might be the most popular craving of all. Pregnant women love to chomp away on ice. Why not? It’s healthy, it’s refreshing, and it’s about all you can have while you’re in labor so you better get used to it!

This is another very popular ‘pica’ craving, which is one that has little to no nutritional value. Maybe these women are just desiring that gooey chalky taste!

There is nothing a pregnant woman won’t dip her potato chips into. Tunafish, ice cream, marinara sauce, pickle juice, mayonnaise, strawberry jam… the list goes on and on!